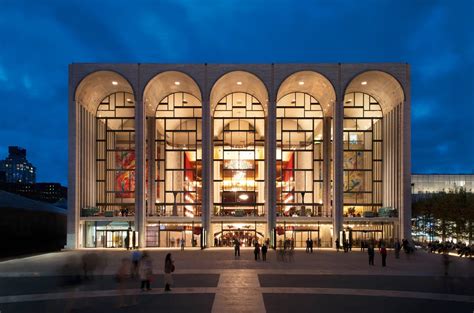 While I wrote a couple weeks ago about choruses singing and rehearsing with and without masks, and one case of the dire consequences of the latter, the largest performing organization in the United States, the Metropolitan Opera in New York, managed to pull off 196 performances in its 2021-2 season without cancelling any. The company’s “stringent vaccine, masking and testing policies, [and] the deep roster of artists it can call on…” made it possible, according to Peter Gelb, the company’s general manager.

In contrast, Broadway musical productions experienced many performance cancellations over the season, and continue to at this writing.  Same city, same season. As recently as April 2022, Forbes featured an article describing theater cancellations in New York.

That doesn’t mean that COVID wasn’t an issue for the Met.

At the Met, there were about 150 cancellations among the conductors and principal singers due to COVID in the ‘21-‘22 season, but the Met always has understudies (called “covers”) for the principal roles, and a roster of conductors who can fill in.   Here’s how the “cover” system at the Met works.  A friend and colleague of mine was in his 50’s and teaching at a large Midwestern university.  He got a call out of the blue from  his agent asking him to “cover” a role at the Met he had sung many times elsewhere.  This would entail crossing everything else off his schedule for the duration of the run plus a little bit of the rehearsal time (4 – 6 weeks), booking a place to stay in New York within a certain distance of Lincoln Center, and being ready at any time to head over to the theater and perform if needed.  And he was offered a good bit of money.  (He didn’t do it out of loyalty to his many undergraduate students who took weekly lessons with him, whose progress would have been seriously impeded by 6 weeks without their teacher.)  While this has been the system for years, during the past season it actually happened that both the principal singer and the cover would be unable to perform, and another singer would have to be hired at the last minute.

The Met, one of our country’s premier performing arts organizations, is to be congratulated for performing under these difficult circumstances.  Many of us went to the “Met in HD” screenings in movie theaters or streamed performances from companies like Opera Theater of St. Louis or Los Angeles Opera during the pandemic, when there were no live performances.  Now many more organizations are performing again, each choosing the programming or restrictions deemed appropriate.  People feel hopeful.

Alas, the bottom-line news was not so encouraging.   “The Metropolitan Opera sold 61% of available tickets this season after returning from a 1½ year absence, managing 196 staged performances without a cancellation. Sales were down from 75% in last pre-pandemic season of 2018-19, but it is considered a success.”  As we move forward, there are so many questions to answer.

Even if the Met can handle a year of 61% income, how many smaller companies can afford to do so?  Can donors be expected to pick up the slack?

On the other hand, there are many performers who are qualified, vaccinated, and under-employed.  Could an industry-wide system of opera understudies be instituted, so that last-minute positive tests don’t close a production?

Can revenues be increased with digital delivery options?  The Met has been the most successful arts organization to  provide digital delivery; through its Met in HD program, it streams live performances to movie theaters around the world.  Will other organizations be able to incorporate some sort of digital delivery? How much can this help the bottom line?

How can performance spaces be made safer for opera?  Can some standards for HVAC systems be developed?

Smaller companies will fold, or will be subsumed into larger ones.

Live opera performances will be less available outside the large cities.

Streaming to theaters and individuals will increase.

The industry will support fewer staff, both creative and administrative.

Bonnie’s student Caroline Granahan is performing in the Concord Players production of Titanic:  The Musical April 29-May 15, 2022.