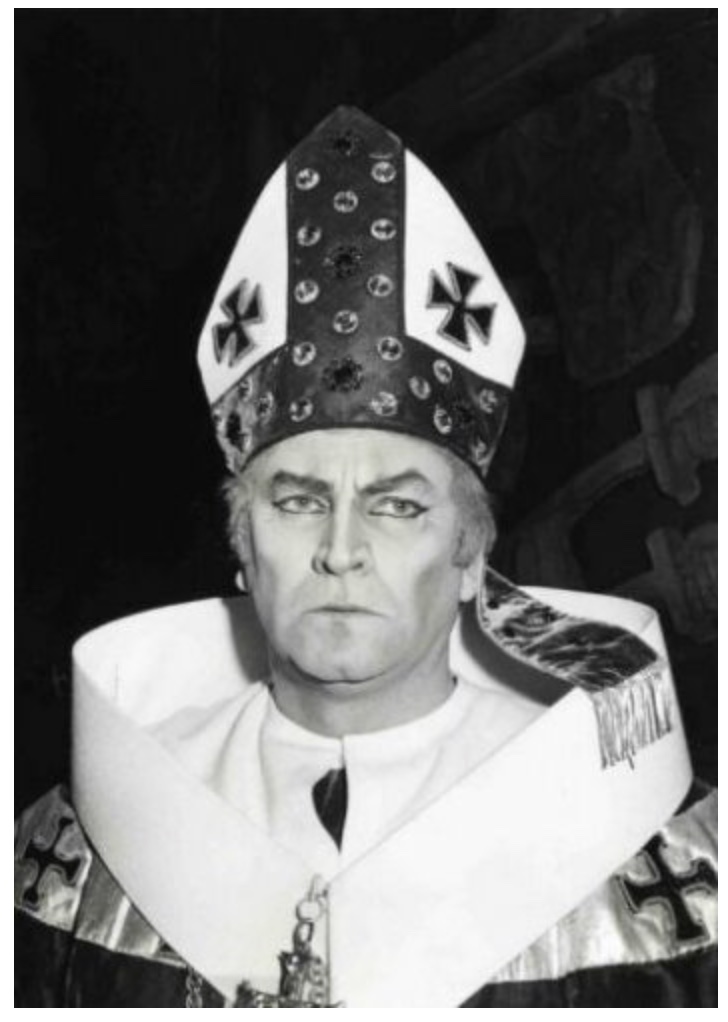 While a doctoral student at Indiana University, I was a voice major with minors in Opera Directing and Music History. The director of our Opera Workshop was Nicola Rossi-Lemeni, with whom I also studied voice for part of my degree.  He was not only a famous bass, but a published poet and a painter; a real Renaissance man.

The production committee for the mainstage season decided to have Rossi-Lemeni direct Pizzetti’s L’assassinio nella Catedrale  (Murder in the Cathedral, based on the T. S. Elliot play of the same name).  This opera had been composed for Rossi-Lemeni to sing the leading role of Thomas Beckett, Archbishop of Canterbury,  and he told an interesting story about how this opera came to be.

Rossi-Lemeni had been rehearsing an opera at La Scala in Milan (he didn’t remember which opera) when he noticed a little old man sitting in the audience day after day during rehearsal.  Finally during one of the breaks, he went out and introduced himself to the man, who turned out to be Ildebrando Pizzetti. Pizzetti said he was writing an opera for Rossi-Lemeni.    The opera premiered at La Scala March 1, 1958, with Rossi-Lemeni portraying the Archbishop Thomas Becket.  The music is modern, the vocal lines very well-crafted.

Around this time I was beginning to think about subjects for writing my doctoral document, a final requirement for the degree (along with performing four solo recitals).  I asked Rossi-Lemeni if Pizzetti had written any songs, thinking I might write about them, and out of a stack of sheet music in the corner of his studio, he pulled out a set of five songs.  As I did a little more research, I discovered that Pizzetti had composed 42 songs and only that first set of five had been reviewed.