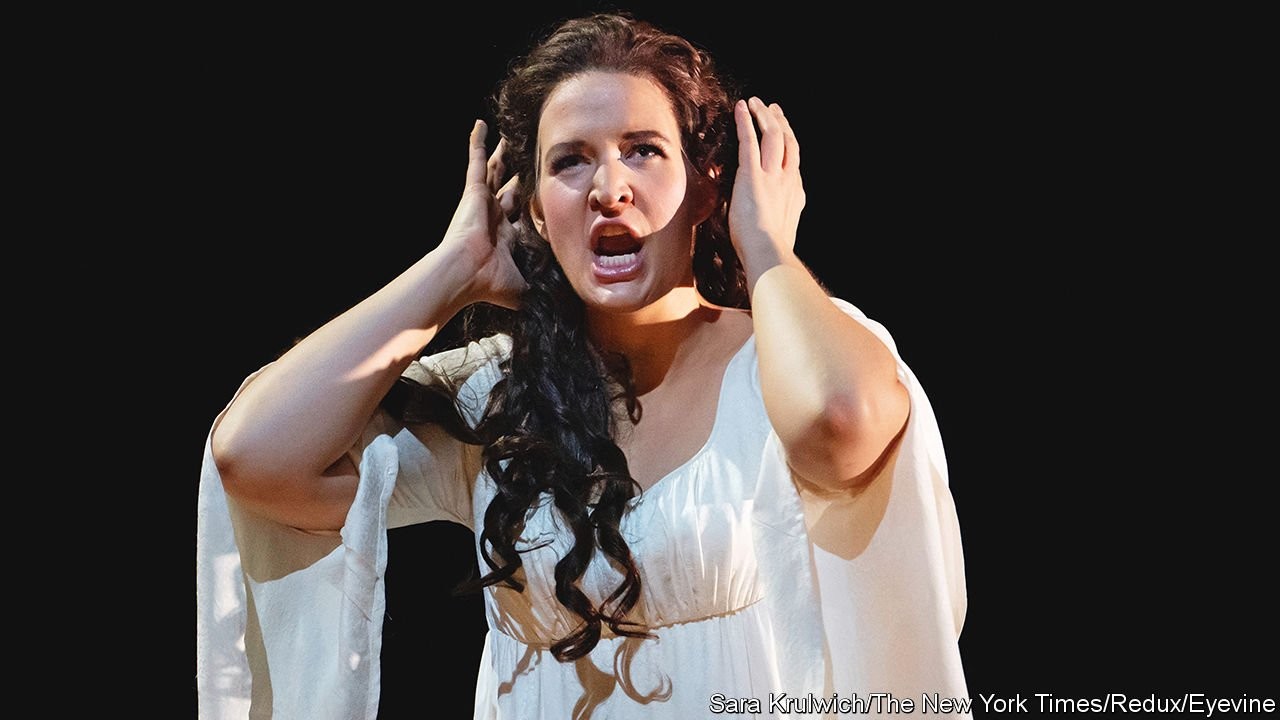 On the cover of Opera News, appearances at the Met and Carnegie hall, in  a Lieder recital at the Barbican in London, with reviews in the NY Times, London Evening Standard, and many others, the soprano Lise Davidsen seems to be everywhere and to mostly rave reviews.   What is all the buzz about?

Lise Davidsen is a 34-year-old soprano from Norway.  I heard her in the Met in HD production of Strauss’ Ariadne auf Naxos, and had tickets for her appearance with Strauss’ Four Last Songs with the Boston Symphony Orchestra last week (which she unfortunately cancelled due to illness).  By all accounts, it is a big voice.  Those who have heard her in the theater say it must be heard in person for the size and projection to be appreciated.  (I am reminded when the Met televised the Ring in the late 80’s, and Hildegarde Behrens, with whom I shared a teacher although some years apart, was singing Brünnhilde.  She sounded great, and was a consummate actress and artist.  However, when Jessye Norman stepped on the stage as Sieglinde, I said to myself, “everyone else can just go home; this is the real voice for Wagner.”)

Davidsen has that kind of voice…   Large voices come in large packages.  She stands 6’2” and has a medium frame.  She looks better in costume than most dramatic sopranos, and moves well.  As it was for Joan Sutherland, who was tall and had a huge voice, but who ultimately decided to market herself on vocal flexibility rather than size, a big challenge will be finding a tall enough tenor to sing opposite her in the romantic duets (enter the next Pavarotti??).

Davidsen started serious voice training rather late at age 20.  Large voices take time to grow, mature, and be reliable, and she may have benefited from the “great pause” of the pandemic and the time it gave her since winning the Queen Sonja International and Operalia contests in 2015.  “Dich teure Halle”: https://www.youtube.com/watch?v=15c9DPri95I&t=59s.  Davidsen seems to produce and support her sound easily and well.  I noticed in the Ariadne ensemble scenes that the sound had more forward resonance (described by some as “point,” “projection,” or  “chiaro”) than most of the other singers.  “Es gibt ein Reich” https://www.metopera.org/season/2021-22-season/ariadne-auf-naxos/ She is very expressive, and at appropriate moments her singing has a vulnerable and darker quality.

Davidsen is developing her voice wisely by singing Strauß and the somewhat lighter and shorter roles in the Wagnerian repertoire.  Peter Gelb, general manager of the Met,  describes her as “one of the greatest singing talents to emerge in decades”, able to fill the cavernous space “in a way that is extraordinary”.   Let’s hope that the market doesn’t exploit her too soon for the grand roles that should come later.