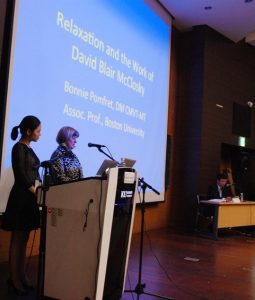 Pomfret studied during her master’s degree with David Blair McClosky, who was actively involved in the early stages of the field of voice therapy in the 1950’s. During this time she became fascinated with the workings of the voice and completed a minor in voice therapy during her master’s degree from Boston Conservatory, including a semester of practicum at the Voice Therapy Clinic of the Massachusetts Eye and Ear Infirmary, where she worked with patients suffering from vocal fold paralysis, nodules, polyps, GERD (known at that time as contact ulcers), and other problems.

In 1989 while teaching at Illinois State, Pomfret was invited to join the Comprehensive Voice Team (consisting of Michael C. Vicas, MD, Barbara Walvoord, SLP-CCC, and Pomfret) at Peoria ENT Group, in Illinois. At this time the team approach to voice problems was just starting, and the group worked together in the same examination room with patients, including trial therapy in clinic with the fiber-optic camera in place. This was a great learning experience , and she received referrals and worked with teachers, singers, actors, auctioneers, ministers, and others who had voice problems preventing them from functioning in their chosen careers. 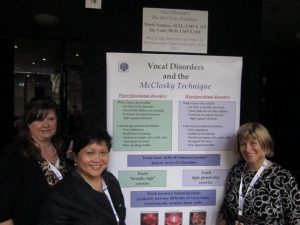 In 2004, while Pomfret was teaching at Emory University, Michael Johns, MD opened the Emory Voice Center at Crawford Long Hospital, and Pomfret was invited to join the team as a Singing Voice Specialist there, evaluating the singing voice and taking referrals.

As a clinician and as a teacher, Pomfret is aware of the needs of different populations for a healthy and vibrant voice. She has worked with teachers, singers, actors, and others who need to use their voices in an energetic way. The principles of healthy voice production are universal. Pomfret’s holistic approach is valuable to anyone who uses the voice regularly, and particularly to young singers. 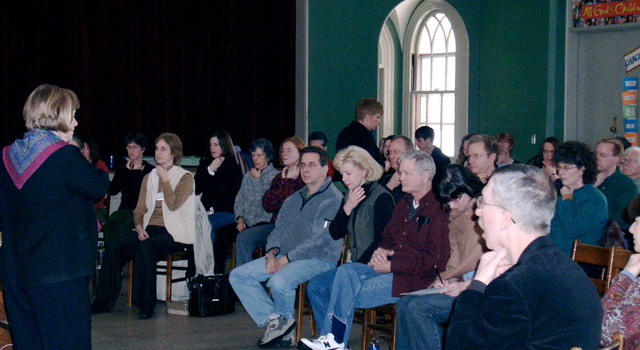